You are here: Home1 / Core mathematics for Forex traders Part 2 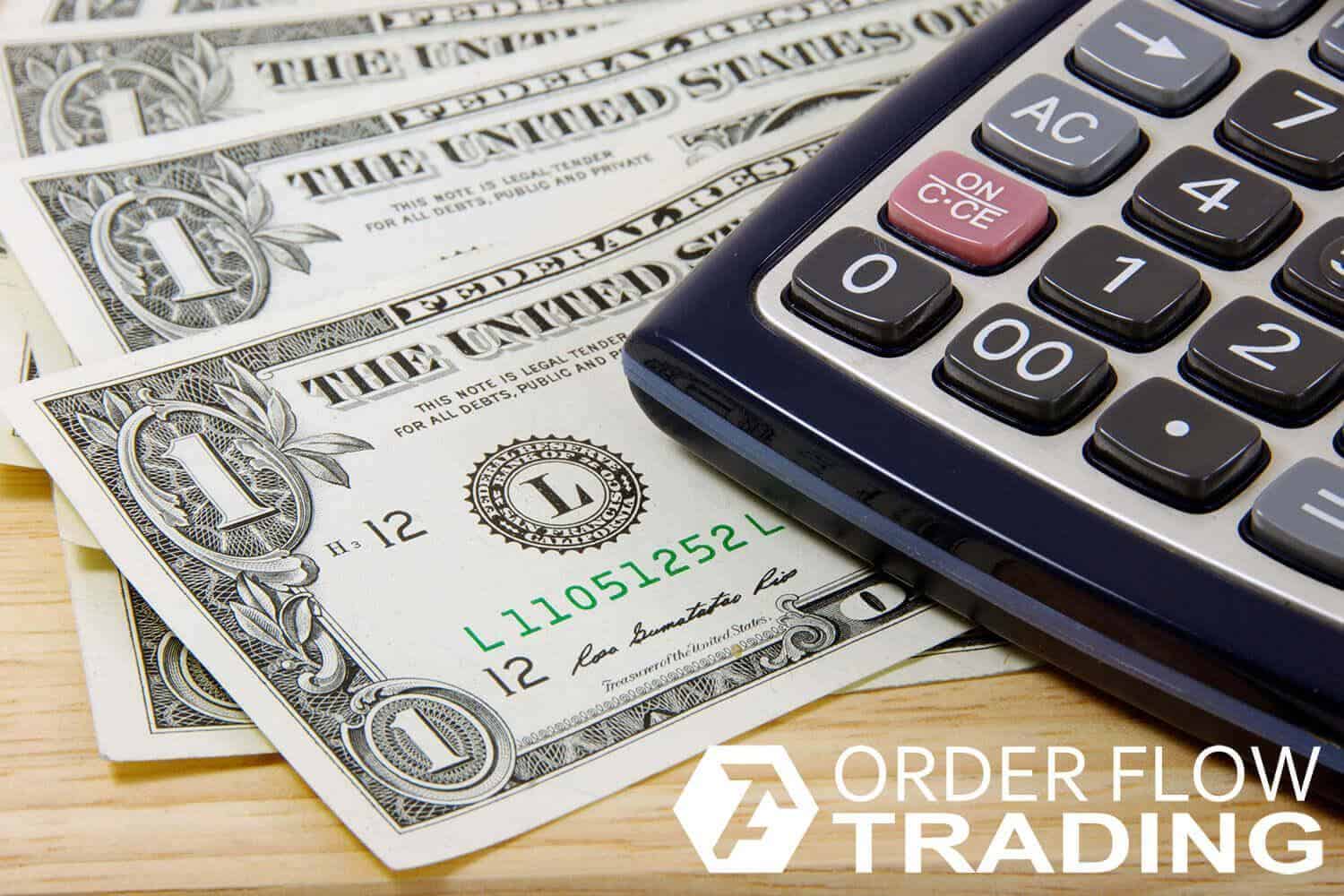 Today we will continue to get you acquainted with core mathematics for Forex traders. In the first part of the article we considered a number of important but simple mathematical formulas, required for assessment of trading efficiency in the Forex currency market. In the second part we will complete the review, which would help you to make a significant step on the way to success.

Being traders we should understand that loss-making trades are inevitable and, even more than that, they are a natural part of trading. That is why it is important for each trader to know what the maximum drawdown of his trading system is. Having calculated it on the basis of the data available, a trader would know what maximum size of losses he should expect in future.

Below is a formula of the maximum drawdown calculation:

Let’s consider an example. Let’s assume that your initial capital was USD 10,000 and then, in the result of successful trading, it grew up to USD 15,000. Later, due to some loss-making trades, the size of the trading capital reduced to USD 8,000 and then grew again up to USD 17,000.

What would be the maximum drawdown in this case? Let’s calculate it.

So, the maximum drawdown of your trading system is 46.6%.

Drawdowns very negatively influence the financial health of your trading capital, since they require a significantly higher profit for covering losses. Let’s look at the table below to understand it better:

As you can see from the table, the bigger the size of the maximum drawdown is (loss of capital), the higher the percentage of profit, required for recovery of the capital to the same level, should be. For example, a trader needs to make 100% of profit to recover 50% of loss. Namely due to this reason traders are not recommended to risk with a high capital percentage in each trade. It allows them keeping the trading capital drawdown within the limits of reason.

Let’s assume that the majority of retail traders either never heard about the Risk of ruin or do not quite understand its significance when they analyze risks in the Forex currency market.

Risk of ruin could be calculated using the following formula:

Let’s consider the following trading strategy, which is characterized with insignificant profitability. We will use this example trying to understand how to significantly reduce its inherent Risk of ruin indicator. We take the following data:

Based on these data, our trading system is characterized with the Risk of ruin at the level of 58%. But what if we want to reduce the Risk of ruin down to 2%? To achieve that we would need to regulate the risk size, since namely this indicator has the biggest influence on the final value of the Risk of ruin.

Now, we take the same initial data, except for the risk size, which we reduce from 5% down to 2.5%. Having done that you will see that the Risk of ruin reduced from 58% down to 20%. No doubt, this is an achievement, but we are still far from our goal of 2%.

Let’s come back to our calculations again and reduce the risk size down to 1.25%. What would we get? It seems like we achieved our goal this time. Our Risk of ruin is within 2%. Now, based on our calculation data, we can use the maximum risk size within 1.25 and the Risk of ruin of our trading system will not be higher than 2%.

Although, the above calculation demonstrates the concept of the Risk of ruin at the level of 2%, a trader should try to make this indicator be as close to zero as possible.

Profit Factor measures profitability of a trading system or strategy. It is one of the most simple and useful indicators, relating to assessment of trading efficiency. It could be calculated in two ways:

Profit Factor below 1.0 means that the trading system is loss-making.

Profit Factor within 1.0-1.5 means that the trading system is relatively profitable.

Profit Factor within 1.5-2.0 means that the trading system is highly profitable.

Profit Factor above 2.0 means that the trading system is extremely profitable.

Thus, the considered trading system is characterizes with the Profit Factor 1.75, which makes it a highly profitable trading system.

The concept of R Multiples was introduced by Dr. Van Tharp. Perhaps, the term R Multiples sounds like rocket science, but it is rather simple for understanding.

R Multiples mainly measure the risk-reward ratio in a trade. R means Risk and is marked as 1R (initial risk in a trade). We multiply R several times and get the reward size we plan to receive. Thus, the final profit could be expressed as the initial risk multiple (1R). For example, a trade with the 3R parameter means that the potential reward from this trade exceeds the risk of this trade in 3 times.

Here are several examples to make it clear:

Combining risk-reward ratio and R Multiples, we can assess prospects of a trading setup and size of a potential reward without much effort.

However, you can use the R Multiples concept not only in individual trades. For example, using this method you can measure efficiency of trading in general, but you will need to know the risk size for each trade anyway. Let’s consider a couple of examples:

If you risk USD 500 in one trade and your profit in the end of the year is USD 20,000, the result of your trading could be expressed as 40R.

If you risk USD 125 in each trade and had reduction of the trading capital in the amount of USD 3,000 in the end of the year, your drawdown could be expressed as 12R.

Being traders we always should improve our trading skills and this could be achieved only with application of core mathematics in trading and understanding of the risk. Now you can actually measure your skills and assess it from different perspectives.

We told you about a number of mathematical formulas, required for each trader in the Forex market. At this stage, we recommend you to start applying them in practice. The better you understand the idea of the calculations, based on these simple mathematical formulas, the higher your trading efficiency and risk management skills would be.

5 failures and 5 successes. 3 years on the way to a dream. The story of a real...
Scroll to top