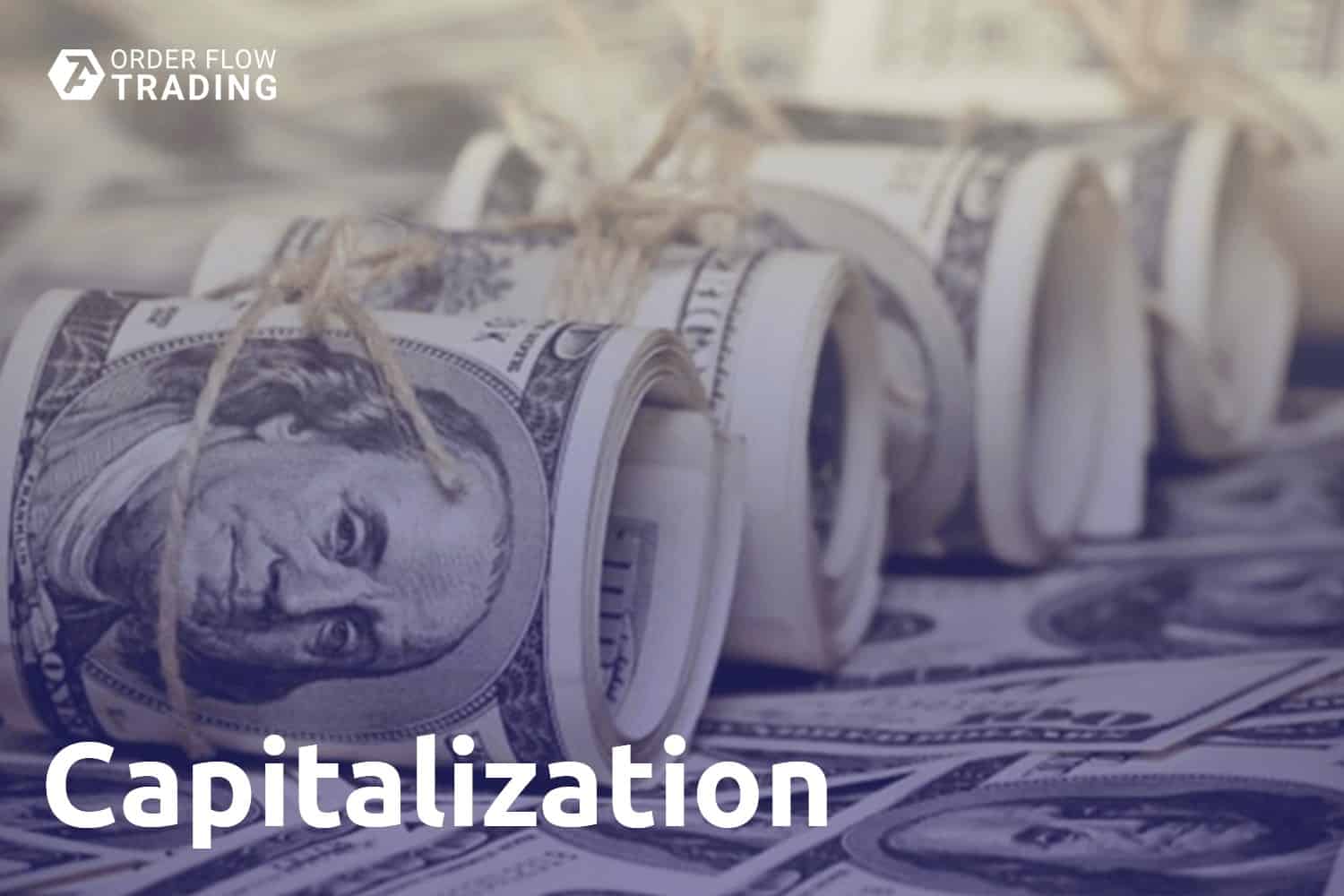 So, what is capitalization? There is a generally accepted definition. Capitalization is the market cost of a company, the stock of which is traded on the stock exchange.

However, you can find other definitions of capitalization. For example:

There are other types of capitalization:

Since the stock price changes every day, the market capitalization also changes. That is why we can read in the news that “Jeff Bezos, the founder of Amazon, lost nearly USD 20 billion in 2 days”.

The richest man in the world lost USD 19.2 billion in 2 days

The richest man in the world Jeff Bezos lost USD 19.2 billion. This is the biggest loss in the history of mankind. The billionaire’s wealth decreased after the fall of the Amazon stock on the American exchange

By the way, let’s check what we see in the ATAS trading platform during this period. Here is an hour chart of Amazon (AMZN) with the Volume and Stacked Imbalances indicators with the following settings: 300%, 3 levels of imbalance in a row and the volume of more than 400 items. 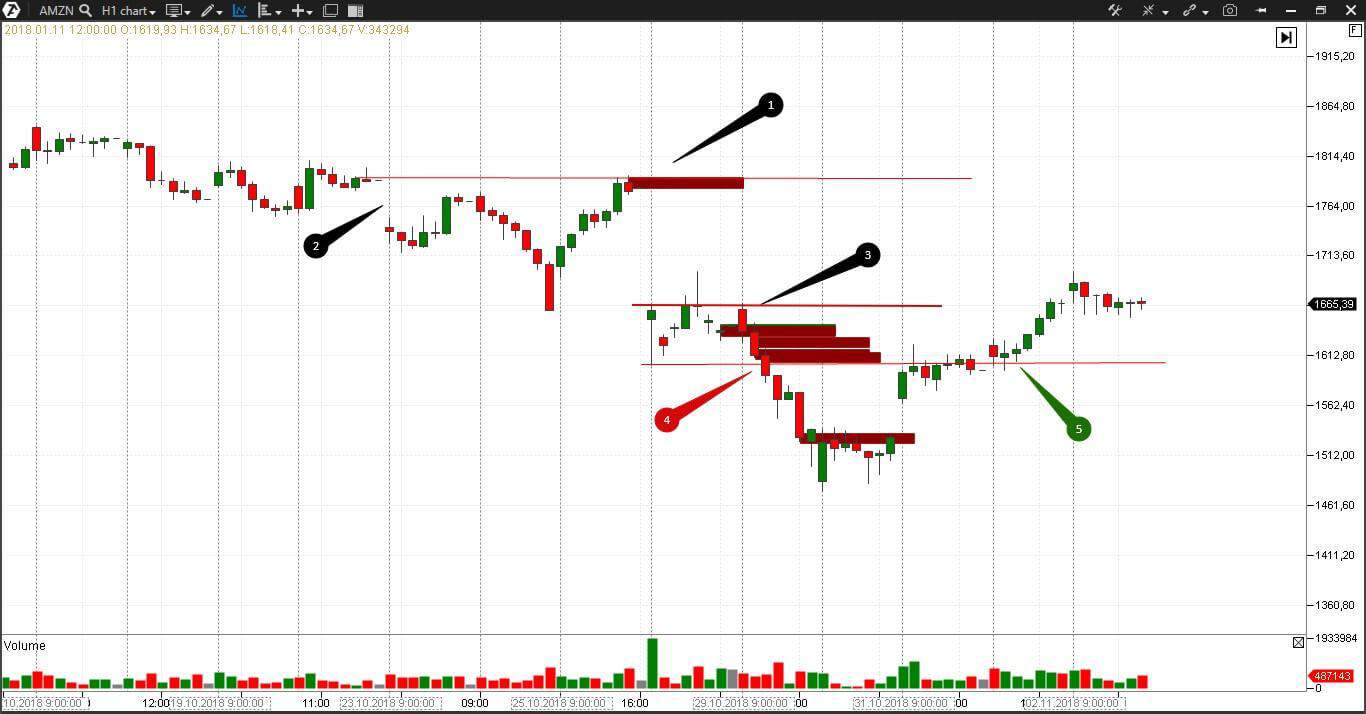 Investors, most probably, registered their profit in point 1 on Thursday October 25 on the eve of a huge gap-down. We think that it was profit registration by long positions and not short sells, since things were coming to a week-end and the price didn’t close the previous gap completely in point 2.

The price was opened on October 26 with a huge gap-down but grew for a certain period on high volumes. A new decrease started in point 2 at the level of closing a candle of October 26. Aggressive traders could have opened short positions there, since the Stacked Imbalances had already sent a signal.

Traders, who wanted to get additional confirmation, could have opened short positions in point 4 after the price went below the low of October 26 and Stacked Imbalances showed the sellers aggression three times. Investors, who wanted to buy Amazon stock cheaper, could have entered in point 5 when the price consolidated above the low of October 29.

We considered trading through the example of the volume analysis. The term capitalization is, practically, not used in this type of analysis. Fundamental analysis is a different story.

Capitalization and fundamental analysis of a company

Investors assess attractiveness of a company with the help of market capitalization. In the event it is a major company, its capitalization could be used for assessment of the economic potential of the market industry or even of the whole country.

The concept of market capitalization is closely connected with:

The scheme of interrelations of these concepts may look as follows.

Let’s consider the factors which influence market capitalization of a company:

It is important to remember that the market capitalization doesn’t take into account the company debts, that is why it doesn’t reflect the real value of an enterprise.

Capitalization is a term, which is widely used in the fundamental analysis. If you believe that your way is the technical analysis or more progressive cluster analysis, download the test version of the ATAS platform free of charge. Our video blog on YouTube has many videos on how to use ATAS for the market analysis and intraday trading.

A futures trader: 3 basic skills
Scroll to top -->
XThis site uses cookies. By continuing to browse the site, you are agreeing to our use of cookies.Cookie Settings Read MoreReject AllAccept
Manage consent