You are here: Home1 / Preparations Before Trading2 / For Beginner Traders3 / Trading psychology: three vices of a trader and how to fight against t...

Trading psychology: three vices of a trader and how to fight against them 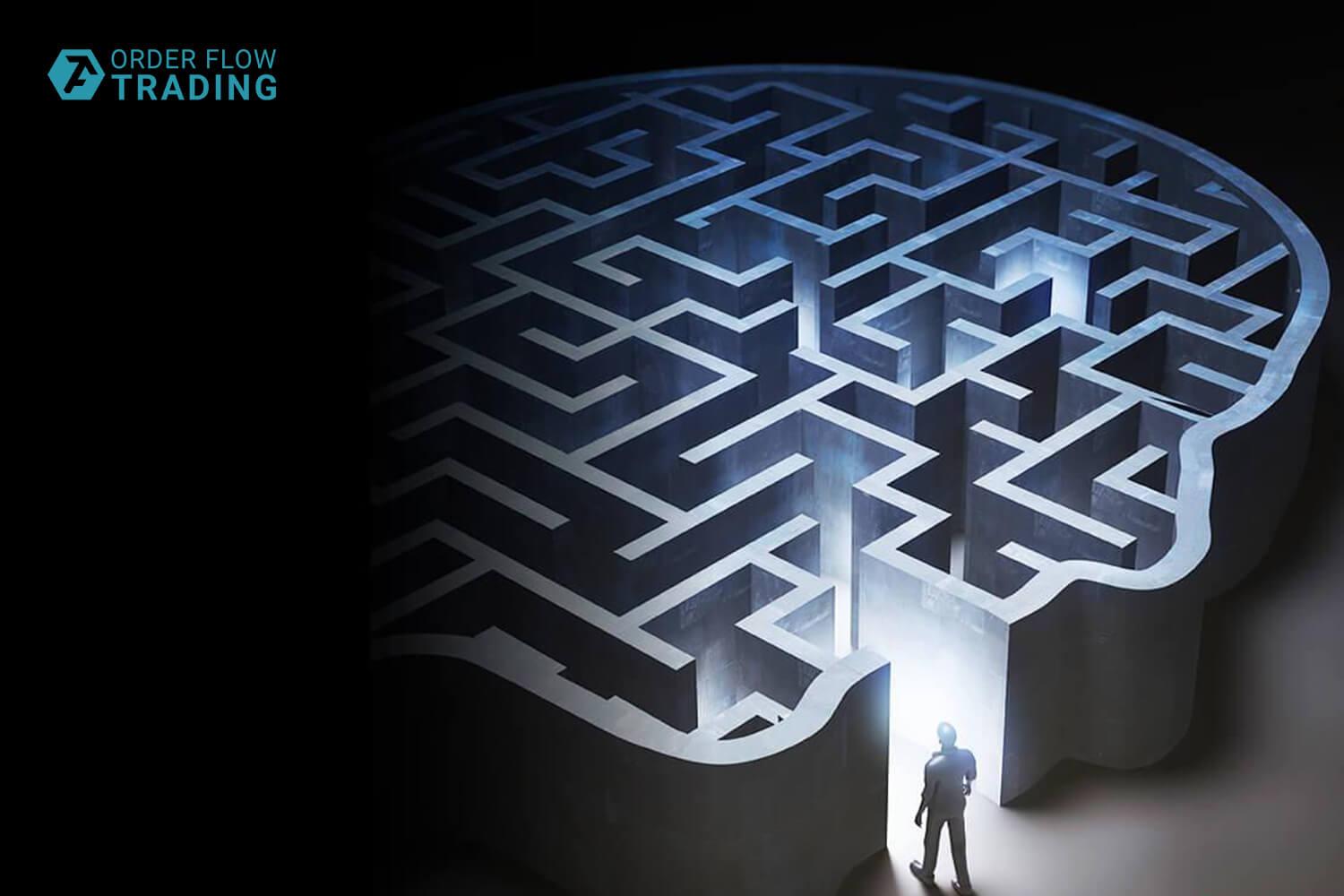 Dear friends! In today’s article we will speak about three vices, which adversely affect trading results. We will analyze the main reasons for their appearance, understand their natures and give advice on how to get rid of them.

Perfectionism often results in a situation when pain from the loss suppresses satisfaction from the win. Desperately trying to feel ‘satisfaction’, perfectionists often aim at unrealistically high ideals. They think that they would finally reach the aimed state of satisfaction if they just reach the point X (point X could be anything, including appeal, wealth, popularity or achievements). Since point X cannot be achieved, perfectionists use their ideals for self-criticism when they cannot achieve the required level of efficiency.

The keynote of the emotional state of a perfectionist is the following phrase: ‘I am not good enough’. Perfectionists have to work more and more since they never feel that they are sufficiently competent, decent and beloved. Thus, even when a perfectionist makes profit from trading, he would always focus on that portion of the market movement, which he missed. When trading doesn’t go well, he tries to find various reasons to fault himself for his mistakes. Focusing their attention on efficiency, which doesn’t correspond with their ideas, perfectionists transform successes into losses and losses into failures in their consciousness. They try to justify their perfectionism with a wish to achieve success but everything they do in reality is undermining their confidence.

Perfectionism manifests itself as an internal dialogue of negative nature and constant self-accusation. You can identify it in the form of disillusionment and rage when trading doesn’t bring desired results. Internal talk of a perfectionist resembles self-punishment. In order to fight perfectionism in yourself, you need to apply efforts and try to establish an internal dialogue and shift it into the positive direction. Speak to yourself as to a close friend. The majority of people treat others with respect and affection but cannot treat themselves similarly. If you understand your friends better than yourself under similar circumstances, it means that you are not a friend to yourself.

If something goes wrong in trading, a positively oriented trader will ask himself a question: “What lesson can I learn in this situation?” rather than “What’s wrong with me?”. The best antidote from perfectionism is the ability to calm yourself down: “I will do better in future trades”. It is important not to miss these better trades while you criticise yourself!

Everybody likes to win in the market. It is only natural to feel satisfaction from closing the day with a profit, since you received a reward for invested efforts. However, when excessive ego is involved in trading things go too far. If trades bring profit, a trader is proud of himself, but as soon as the account goes into a drawdown, a trader experiences an emotional drawdown. It exerts a huge influence on trading in the course of time. In fact, a trader lays the psychological gun, which is ready to shoot at any moment as soon as the market analysis fails, towards himself.

The majority of traders realize the danger of using a high leverage. A trader, who is used to trade 2 lots of S&P 500 with the tick value of USD 25, will be very uncomfortable if he performs trading operations with 100 lots since the minimum price change would be USD 1,250. Psychologically, trading would be completely different at such a high rate. And such a trader would experience serious difficulties in managing positions.

You work with the maximum psychological leverage if you invest your emotions into trading. You trade 100 lots in the self-esteem currency. Thus, a big portion of your emotional account is used in each trade, which inevitably influences your decisions about reduction of losses and timely entry and exit. A successful trader focuses on the trade quality while an egotist trader focuses on their profitability.

Egotism exerts destructive influence on a trader and often makes him perform unjustified actions in order to bring back the recent losses. Constant emotional rollercoasters, caused by a series of profit/loss making trades, equally are the consequences of the ego, which is involved in trading. We already know that such emotions as rage and disillusionment unmask perfectionism of traders. Manifestation of egotism could be identified by such symptoms as euphoria and depression. That is why, if trading causes depression, you should think it over, since the equity fluctuations are not the only reason.

So, what is an efficient way of getting rid of egotism in trading? Direct your self-esteem at other spheres of life: recreation interests, some other than trading activity, personal relations and spiritual life. We often form our self-esteem exclusively on the trading results only due to the fact that other sides of our life are not developed properly. Balanced living makes balanced trading.

Usually traders complain of insufficient confidence in trading, although, quite often, namely excessive overconfidence is to blame. It originates from absence of understanding the market complexity and undervalue of challenges connected with them. Overconfident traders do not treat the market seriously. They believe that a couple of setups from a trading book or purchase of a modern trading platform would help them to make a stable profit in the market.

Such traders do not want to move to success step-by-step. They do not accept the idea that the screen time is the best teacher. Instead of starting to trade with one contract and wait for the time when trading results become stable, overconfident traders want to manage big positions and make profit right here and right now. Unjustified and excessive self-confidence forces these traders to make impulsive decisions. Instead of waiting for a setup to form completely, they enter trades too early. Overconfident traders do not wait for a moment of coordination of short-term patterns with long-term ones and take all the trades, hereby making brokers even richer.

A distinctive feature of overconfident traders is that they trade excessively actively and do not wait for a proper opportunity the market provides them with. Setting profit goals for every day or week is one of the overconfidence manifestations. Traders, who trade consciously, know that the market volatility constantly changes and there are periods when opportunities for entering a position are just not available. However, an overconfident trader believes that he is the master of the market.

Emotional signs of overconfidence are impatience and impulsiveness. Overconfident traders usually overtrade. They are more afraid of missing an opportunity to open a trade than of losing money.

The main remedy from overconfidence is trading on the basis of strict rules, tested on the demo account (or real account with opening small volume positions). Strict observance of the rules would help a trader to get rid of impulsiveness in making trading decisions.

If a trader trades consciously, a complex conscious process wedges in between the impulse and action. An action is preceded by realization of its motives and consideration of implications. Such an approach to trading helps traders to make efficient trading decisions.

It is clear that the three vices described in the present article are not completely independent of each other. Quite often these vices manifest themselves in a combination. For example, a trader may open a position due to overconfidence and then to hold it too long due to stubbornness and pride, connected with ego. Independent of which of the vices manifests itself (perfectionism, ego or overconfidence), the main problem is the same – trading with the focus on the trader’s self rather than on the market.

If you think about yourself (that is, how much you would make or lose, how good or bad you are in trading, how successful or unsuccessful you are and how much better you could trade), you will not be able to focus properly on the market. It is not you. It is the ability to correctly interpret the market information and make efficient decisions. And in order to learn how to do it properly, you need to completely submerge into the process of ‘reading’ the market, become a part of it and feel it rather than simply watch it. You will not be able to interpret the market correctly if you lose yourself in the feelings of rage, disillusionment, admiration, fault, depression or impatience.

The most serious vice in trading is an inclination to take everything personally and focus on trading results, losing the sight of the process itself. If you sufficiently express yourself outside of trading and develop physically, socially, spiritually and professionally, you will find out that the market is not the place for increasing your self-esteem any more. Such an approach to your life would allow you to get rid of the destructive influence of emotions on your trading.

Protective assets. Does it make sense to buy gold for hedging risks?
Scroll to top -->
XThis site uses cookies. By continuing to browse the site, you are agreeing to our use of cookies.Cookie Settings Read MoreReject AllAccept
Manage consent