Who are you in trading – beast of prey or prey? 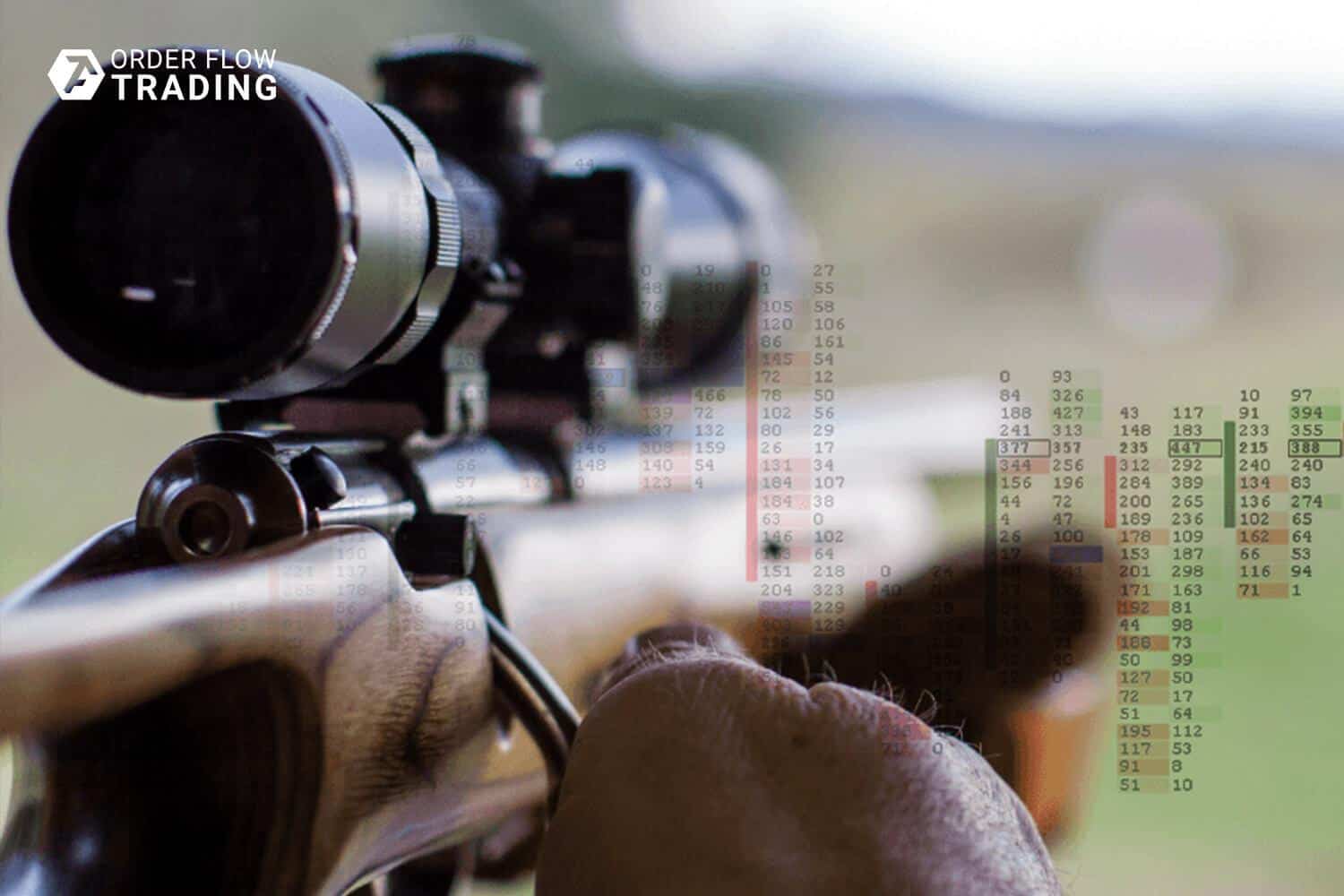 One shot is fired and a dead animal falls.

Hunters go after wild game and kill it receiving the desired prize.

Successful retail and institutional traders do nearly the same in the futures market with the only difference – your trading accounts are their prize.

Until you learn to go after your prize the way they do, your trades will keep being their hunting trophies.

So, what do these guys do what you do not do?

You need to find a proper place for successful hunting

Successful hunters know how to track their game. They look for the signs of its presence. These are also those places where it would, most probably, come back. They know how to find traces and dens left by the chased animal.

Besides, as traders we do not need to be freezing cold outside in the unbearable weather conditions to track our prize. We can use modern technologies for this, sitting in front of our computers in comfortable warm conditions. We use the trading platform as binoculars, which helps us to see our prize and what it does at this moment.

Select the right moment for the precise shot

The first step for the hunters is to identify the place where their prize ‘dwells’ and a place, which would provide them with an opportunity to perform a precise shot.

Successful traders track their prize in the similar way. They find the place where it was active and wait for the right moment.

When traders use the Cluster Search indicator signals, they clearly see where institutional traders have been active recently. Also this indicator shows whether buys or sells dominated during the period of activity in this area.

Hunters often do not shoot the first aim, which comes to the killing area. They behave in such a way hoping that there will be a bigger aim later. This approach allows to increase their limiting potential but also creates a probability to completely lose an opportunity if a bigger game doesn’t appear.

As soon as the area of aggressive buys or sells is identified, aggressive traders would probably wish to make the first ‘shot’. If they open a trade immediately, they would probably lose some potential points of a better price, but, at the same time, they would guarantee the opening of their trades close to the institutional trades. 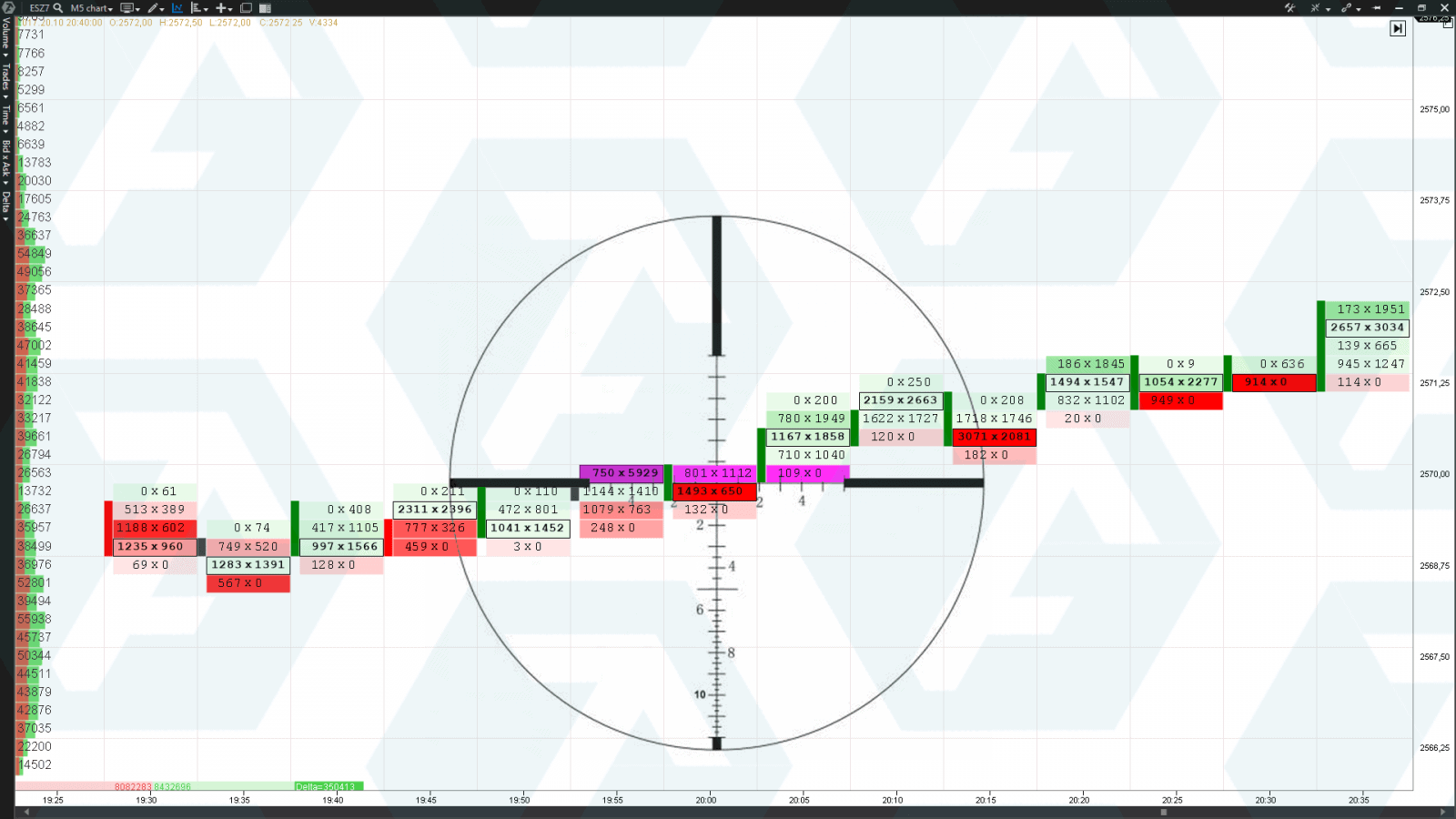 Traders who are ready to put their trade at risk of losing would probably wish to wait for some time hoping that there would be a better opportunity for entering the market during the next time period of the price decreasing/increasing. Such a practice may quickly transform an averagely good trade into a trophy trade but also may turn into a lost opportunity of a good ‘shot’.

How safe is it to track institutional trades?

The first hunting rule is safety. Hunters deal with the arms which could be dangerous if they do not use them properly. By the way, going after a game could also bring some serious damage.

Successful traders always attentively deal with these risks before they go for hunting.

Retail traders face the same risks, which hunters do when tracking their game. Institutional traders are a potential game – very big and strong. The bigger and stronger the game, the more dangerous it is.

Hunters often take binoculars with them. This optical device takes a special place in the hunter’s outfit, since it allows to track the game staying at a safe distance. In order to protect his trading accounts from making unjustified trading decisions, a retail trader can use the ATAS (Advanced Trading Analytical Software) trading platform. This high-technology advanced software is like binoculars for a hunter. Due to its wide analytical functionality, ATAS allows retail traders to protect their trading accounts staying at a safe distance from the market ’predators’ and find real opportunities for an aimed ‘shot’.

It’s time you collected own trophies

In the event you are completely tired of the fact that your trades become somebody else’s prizes in the market, it’s high time you became a hunter! The Cluster Search indicator is realized in the trading ATAS platform. It allows traders to track the money of the institutional players. Everything you need is just to start using it. It will help you to identify the areas where big trades were executed and how they influenced the price. In order to study the operation of the Cluster Search indicator in detail and select correct settings, read our article: 6 correct settings of the Cluster Search indicator from which not a single significant volume is able to run away. Besides, we recommend you to watch our educational video about how to use this instrument (the link to it is right under the current article).

As soon as you started to go after a big game with your small trading capital, you need to decide when to ‘shoot’ very carefully. Make sure you are attentively monitoring the place where it goes to and ‘shoot’ exactly at the right moment.

Learn to track your prize in the market efficiently, how professional traders do it. Start to use efficient trading and analytical instruments for its detection and you will get a reward in the form of trophy profits!

Reward and risk. Destroying stereotypes
Scroll to top -->
XThis site uses cookies. By continuing to browse the site, you are agreeing to our use of cookies.Cookie Settings Read MoreReject AllAccept
Manage consent