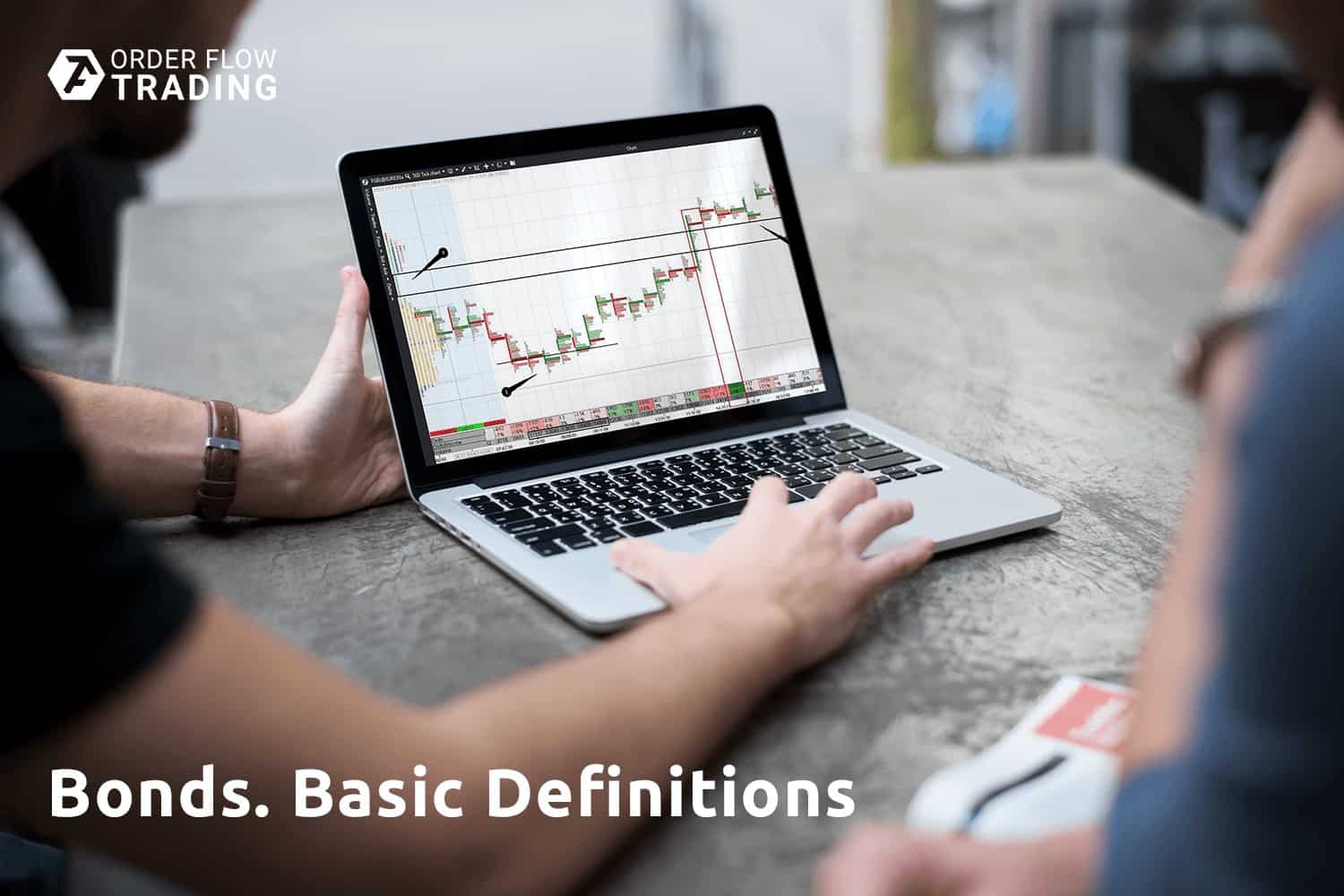 In this review article, we will briefly describe the basic concepts, a trader should know about bonds. Read in this article:

Bonds are debt securities. When an investor buys them, he lends money.

By the trading volume, bonds are the biggest investment instrument in the world. They seem to be more complex than stocks due to a big number of forms and parameters.

There are three main bond properties:

What forms and types of bonds are?

There are coupon and discount bonds.

Buying discount bonds, an investor makes money on the difference between the face value and buying value. He doesn’t receive any other payments. Buying coupon bonds, an investor receives regular payments – coupons. They could be fixed – in this event an investor knows beforehand when and how much money he would receive.

However, sometimes an issuer issues bonds for 10-20 years. The issuer cannot promise a certain yield for such a long period, that is why it fixes coupons for the first several years and later it could change them. The bond programme contains information on how exactly the issuer can change coupons. The issuer’s bond programme and financial reports can be found on its official web-site.

Depending on the issuers, bonds could be:

State bonds are issued by states. Such bonds are called OFZ or federal loan bonds in Russia and they are issued by the Ministry of Finance of the RF. You can find detailed information about all issues on the official web-site.

The state bond yield is often considered by investors as the minimum risk-free yield of the financial instruments. It is connected with the fact that the state securities are secured by the state assets and its ability to print money.

In the growing economy, the yield of long-term state bonds exceeds the yield of short-term bonds. When situation changes, investors start to feel nervous and expect crises or slowdown of the economy. 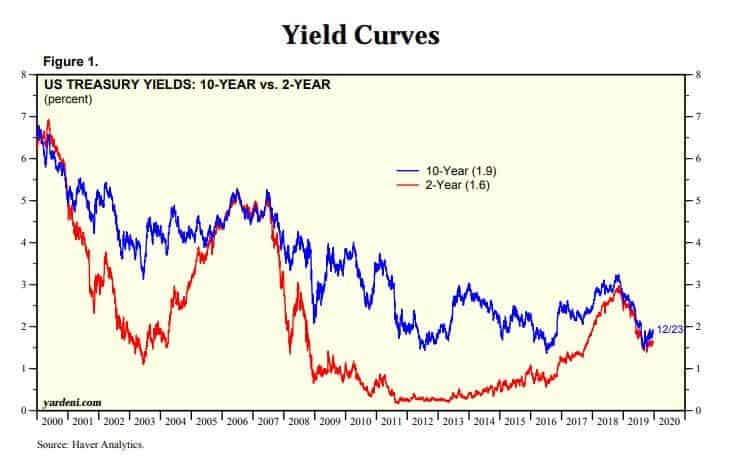 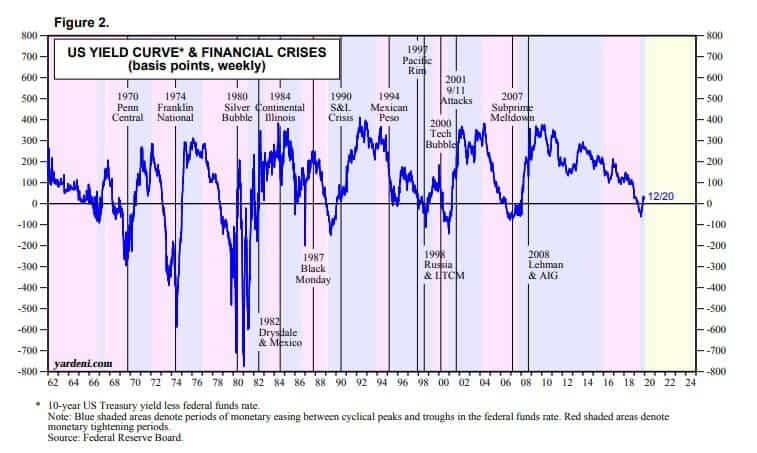 Corporate bonds are issued by private companies. Their yield, as a rule, is higher than that of the state or municipal bonds but risks are higher. Private companies go bankrupt more often than cities and states.

Eurobonds are issued when issuers diversify their debt denominating it in different currencies. Despite the name, eurobonds are not necessarily issued in EUR. They could be issued in any other than the national currency and are placed outside the home country.

The bond yield could be different because there are coupon payments and nominal bonds.

Current yield is a relation of the coupon yield to the market price. The current yield could be calculated for the coupon bonds only because the discount bonds do not have any current income except for a discount.

Yield to maturity could be received by an investor if he holds the bond until maturity and invests again all the received coupons. This yield is mostly theoretical since an investor might not reinvest coupons and not wait until the repayment.

Realized yield could be received if an investor sells the bond in the secondary market before its maturity. It is a real yield.

Estimate of the bond yield will take much time if done manually. That is why there are online calculators. For example on the Moscow Exchange web-site.

Interrelation of the yield and price

The bond yield and price are inversely related. If the price grows, the yield falls and vice versa.

This dependence could be explained from a mathematical standpoint.

When an issuer issues bonds, it fixes the face value and coupon yield in RUB. However, in respect of percentage, the coupon size could change with respect to the current price depending on economic situation.

Let’s assume that the current bond’s price increased up to 105% or RUB 1,050, but the coupon should stay at the level of RUB 100. In order to keep the RUB size of the coupon in relation to the new current bond price, it should be decreased in percentage terms down to 9.5%.

The same inverse relation exists between the bond yield and interest rates in the economy. If the key rate reduces, the money become cheaper in the country. The deposit rates decrease and investors start to look for a more interesting yield in the stock market. The inflow of money on the exchange increases demand and stock prices.

When the rates decrease, the stock prices increase. In such times it is profitable to buy long-term bonds. If it is difficult to forecast the change of the base rate, it makes sense to pay more attention to the issuer’s reliability.

What bonds to invest in?

An investor needs to assess risks of bonds as financial instruments in order not to lose money.

You can insure against these risks only if you thoroughly select bonds.

How to buy bonds profitably?

Use progressive software, such as ATAS, for analyzing the bond markets.

ATAS has futures on Russian OFZ and American and European bonds. You can choose the most profitable moment for their buying or selling with the help of the cluster analysis and individually tailored technical indicators. 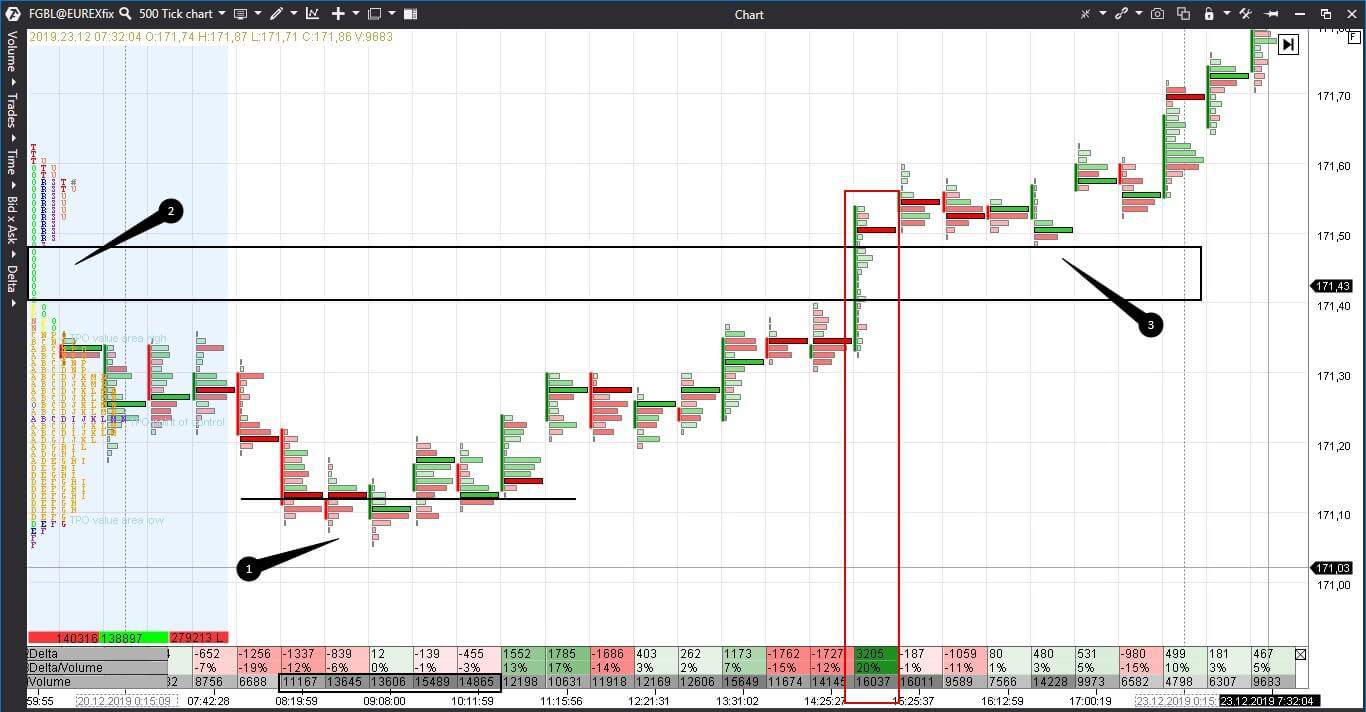 We added the Cluster Statistics indicator and the fixed TPO/Market Profile to the chart. Most probably, there was an absorption in the area of point 1:

We marked the coinciding levels of the maximum volumes of several bars with a black line – a local support level was formed here. Long positions with a stop behind the day’s low could be opened from here.

We marked the single print in the profile with number 2 – the price jumped here. Single prints often serve as the support/resistance levels because the traders, who failed to enter into a trade, will try to do it if the price comes back to this level.

This is what happens in point 3, which is a good place for opening a new long position or for increasing the existing one.

If a trader understands the situation, this brings confidence to him and increases the number of profitable trades.

Bond trading brings the same risk as the other trading types do. Make sure you have a competitive advantage and your trading strategy has a positive expectation before you start trading bonds.

NASDAQ Exchange. Everything you need to know