Do you know that the Best Private Investor of 2017 and at the same time Best Private Investor in the stock market was the trader under the DISCIPLINE nickname, who showed 204.3% of profitability (RUB 510,753.13 in absolute numbers)? Perhaps, he chose this nickname not by chance. Today we will speak about the importance of discipline in trading.

What the discipline is?

Discipline is a conscious repetition of difficult or unpleasant actions for achieving goals.

Which means that in order to be disciplined you have to:

It sounds ironic, but, in fact, this is exactly how it happens in life. 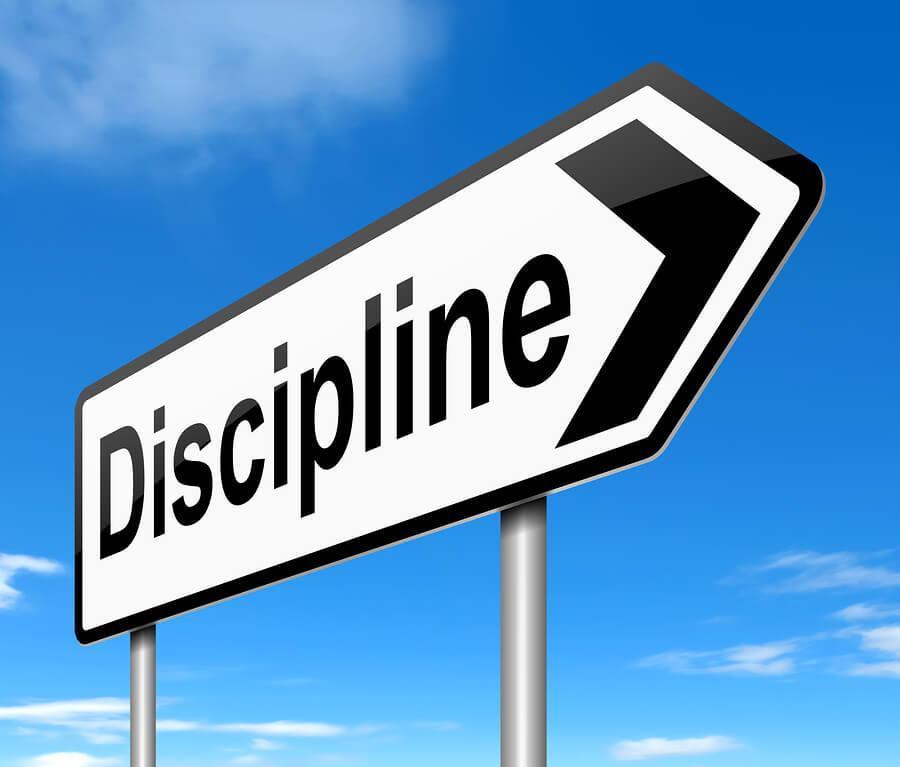 Inherited strengths and weaknesses and how they influence the discipline.

Some people could be more disciplined than others, because all of them have different inherited qualities. Just out of curiosity, pass a test of your skills:

If you have evident difficulties with something of the above, take into account your specific features when working with the discipline. Start from those areas where you have strengths. We will discuss only one skill in this article – emotion control. We will recommend you additional literature at the end of this article for working with other skills.

What the tilt is?

Tilt is a behaviour in an unusual style, loss of control on emotions and overinvolvement. Tilt is a violation of the discipline, which you cannot always control by yourself. The term came into trading from poker. As a rule, you make big losses and break down namely due to the tilt.

These advice seem proper but it is not quite clear how to implement them. That is why they cause irritation only.

Why you cannot do it and how to learn to do it?

The above methods of tilt controlling do not work because:

We will tell you right now how to implement, but you will have to deal with ‘how not to ignore’ by yourself.

First, general recommendations (you can skip this section if you are tired of general words): 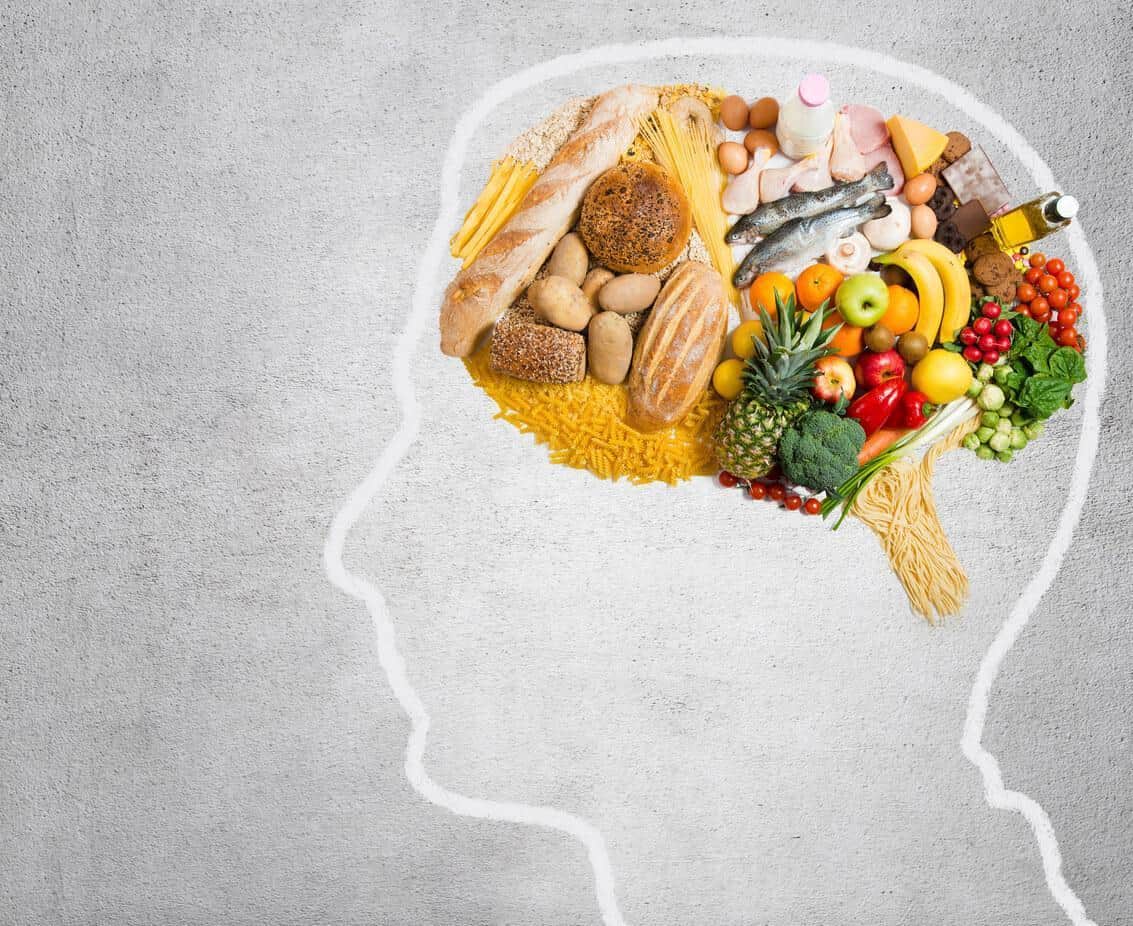 10 rules for a disciplined trader.

Recommendations for traders. If you want them to work, do not just read them but implement:

You executed an item, ticked the box and praised yourself. 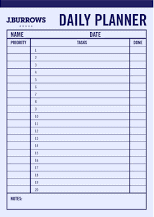 How ATAS can help you? 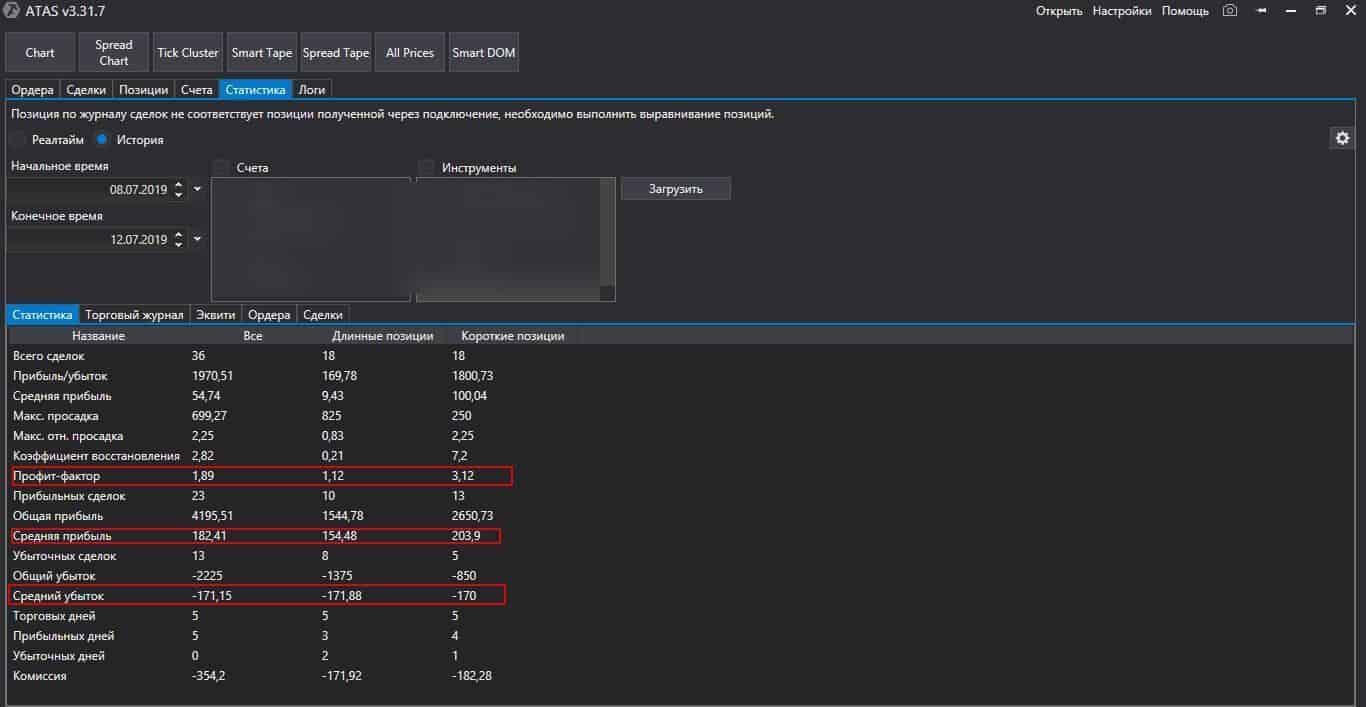 Sort the trades by profitability. Check how long you held your position. 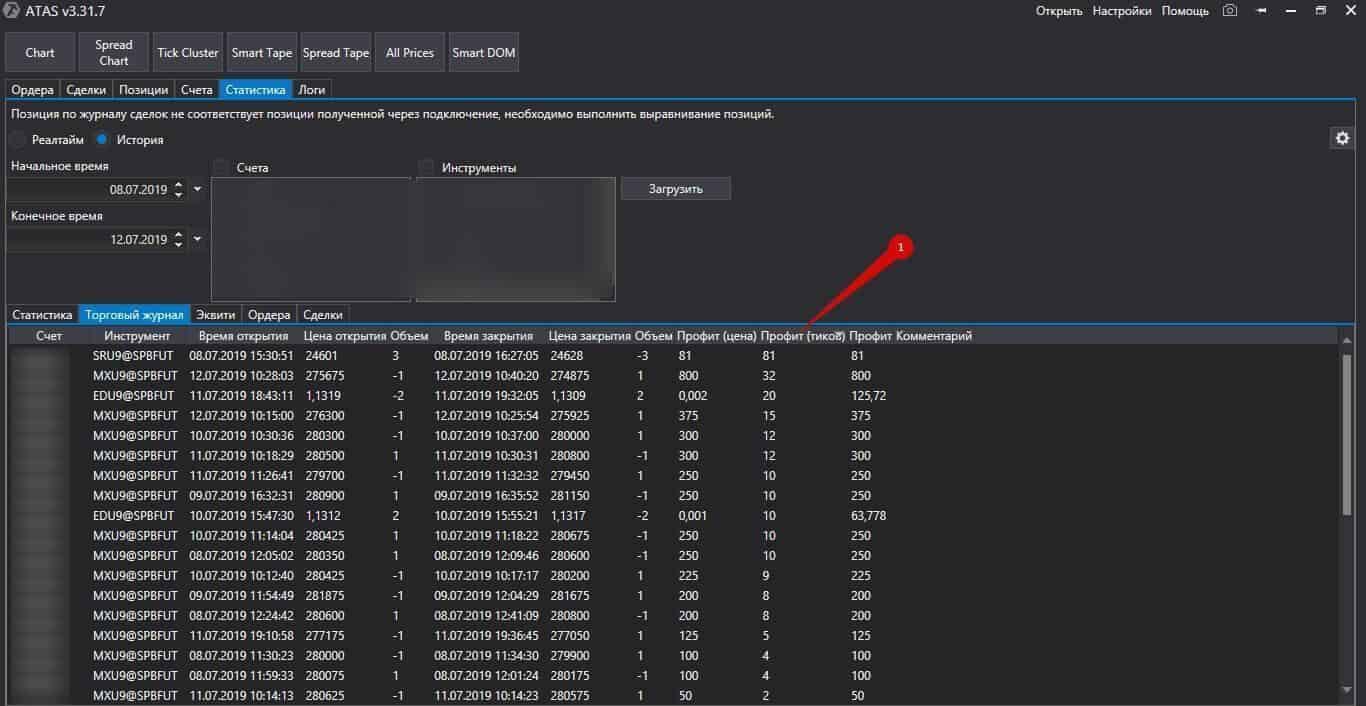 Compare the data with loss-making trades. Keep statistics by the days of the week. It could be that you always make losses on Monday, since it is difficult for you to get back to the working mode. 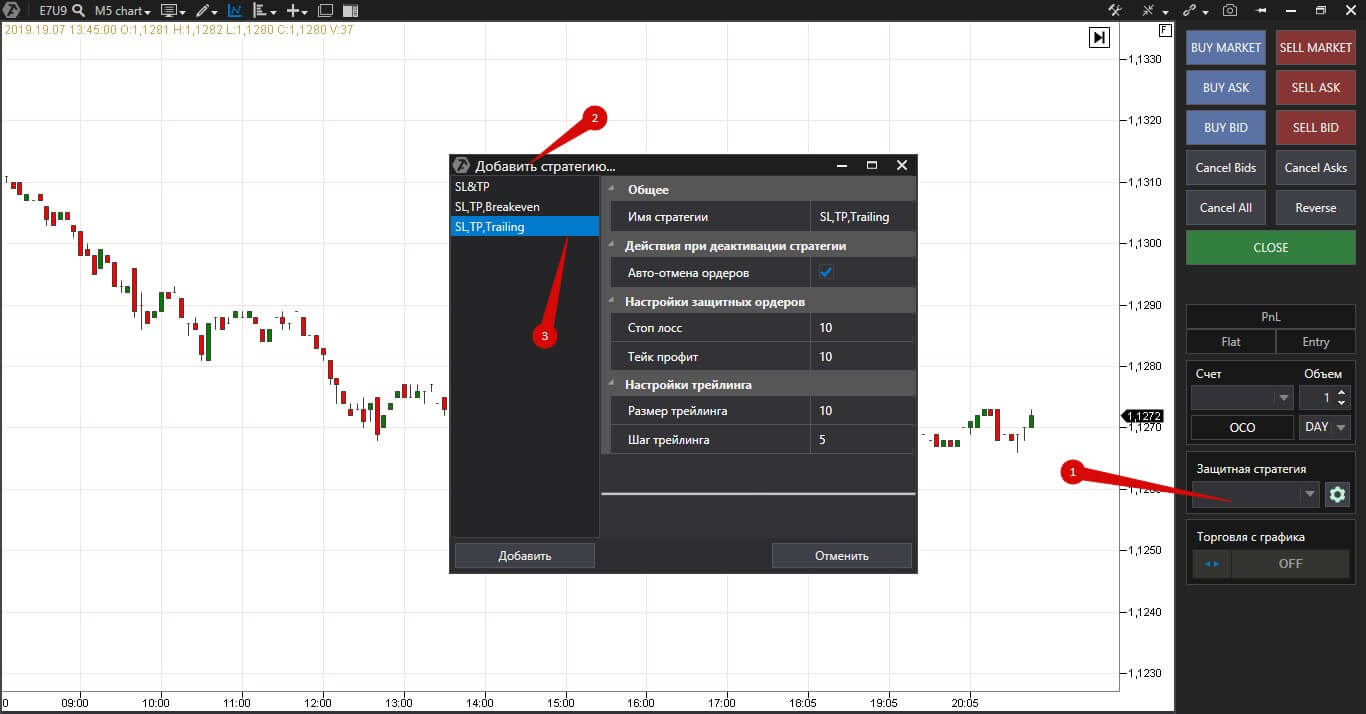 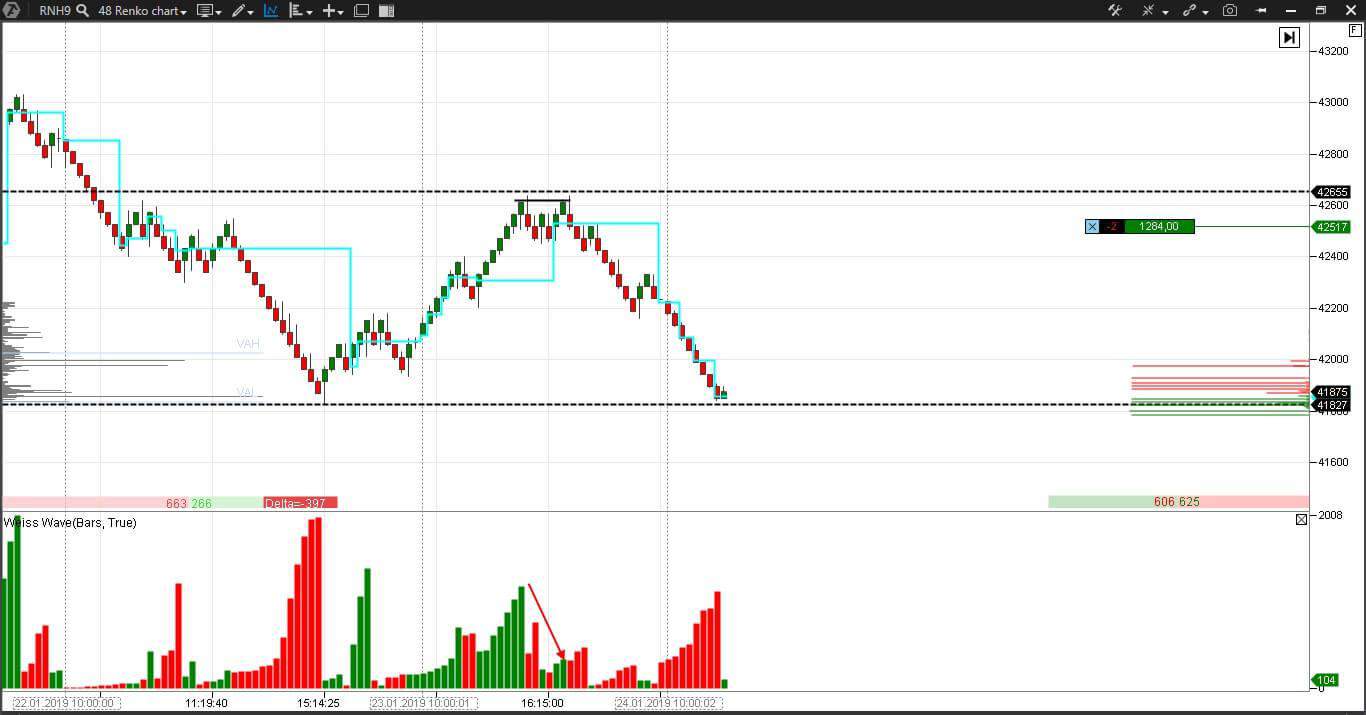 As we already wrote many times in other articles, range charts are good in filtering out the market noise, because they are not connected with time. We use the cluster search indicator, which looks for asks and bids from 2,000 contracts and marks them with blue and lilac colour respectively. We also added the delta indicator to the chart, which shows aggressive behaviour of buyers or sellers in each bar.

We marked the candle, in which both major buyers and major sellers emerged, with point 1 – we get two signals from the cluster search indicator here. As a rule, such coincidences tell us about an absorption. The delta indicator will help to understand who absorbed whom in the end. The green candle with a long bottom shadow tells us that the buyers won. If you entered the long in point 1, maybe you would be taken out with a short stop – this is the probabilistic essence of trading. There is a risk in each trade. We marked this level with a black horizontal line in order to track the further price reaction when approaching it. It was possible to enter into a long position again at the testing level, marked with a red rectangle.

We see absorptions again in points 2 and 3. Sellers won in point 2. Buyers won in point 3, but their big efforts, which we see from a big delta, didn’t result in a significant price growth. We marked the delta divergence after the insignificant price growth in point 3 with a red arrow. It warns us about a reversal. Further, the cluster search shows the sellers entry only. The sellers ‘smelled blood’ of the buyers, who would exit by stops and move the price down.

It made sense to open a short position in point 2. It could have been closed in point 3 and then opened again after confirmation of the delta divergence. The levels, at which the managed money show activity, would help you to increase the discipline and not to open ‘strange’ trades.

What to read and to do for strengthening the discipline?

Did you like the article? Press the like button. And let the discipline always be your strong point!

Types of frames in the ATAS platform and their application. Part 1