You are here: Home1 / Fundamental analysis2 / Trump got a coronavirus infection! Presidential elections in the US take...

Trump got a coronavirus infection! Presidential elections in the US take an unexpected turn. How do markets react? 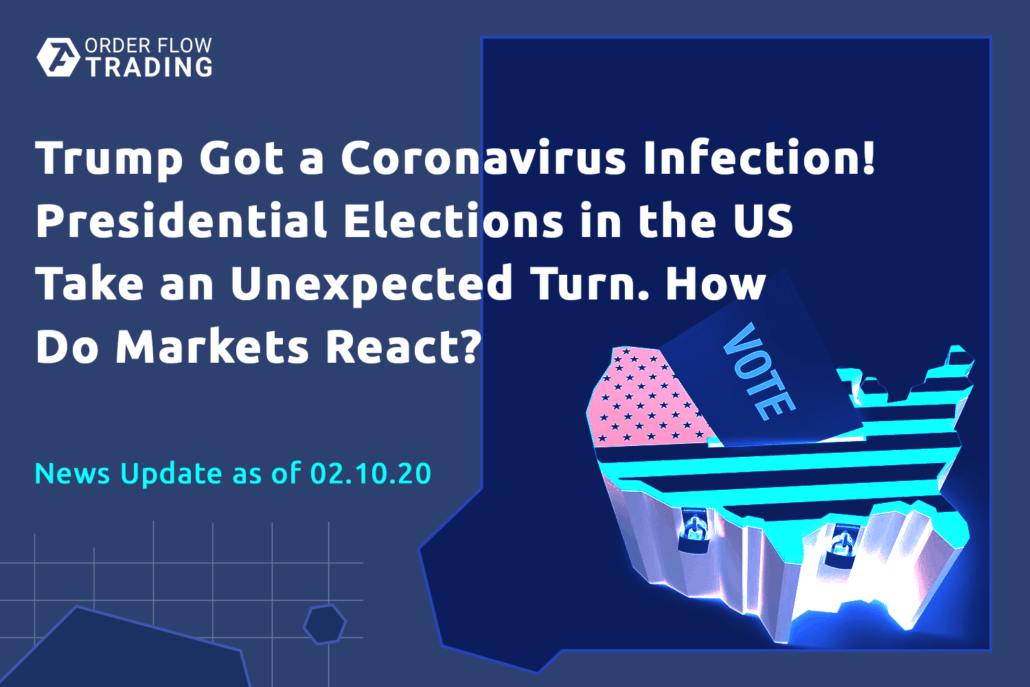 The presidential election campaign in the US approached its final stage, which added volatility to trades in the majority of markets. The news was published on October 2 that President Trump got coronavirus infection, which absolutely confused the pre-election situation and crashed the American index futures. The week had other interesting events apart from the important political news. Thus, a new IPO format gained momentum in the US and Moody’s analysts made forecasts on what one shouldn’t invest into in 2021.

On Monday, October 5, investors will pay attention to the PMI publication in the service sphere in Great Britain and the United States. Publication of the EIA forecast is expected on Tuesday afternoon, which often leads to high volatility in the oil market. The main Wednesday event is expected closer to the US session closing, when the FRS meeting minutes will be published. Any change of opinions inside the FRS may cause the USD and stock index volatility. The ECB will make the monetary policy statement on Thursday afternoon.

What US President would be better for the stock market

Presidential elections in the US became the main political factor of volatility in the stock market. Today, investors discuss two key issues:

Economic well-being of Americans and the stock market state will largely depend on the early solution of the first issue in the nearest future. The news was published on Thursday, October 1, that the Congress approved the second package in the amount of USD 2.2 trillion. However, Republicans insist on the maximum amount of the program in USD 1.6 trillion. Due to this, there is a big chance that the program will fail in the Senate and the issue would be suspended until November 3 because of the approaching parliamentary recess. The Wall Street consensus tells us that politicians would reach an agreement, since both parties want to look ‘warm and fuzzy’ in the eyes of the electorate. Adoption of the package would be a powerful trigger for the growth of stocks at the end of 2020 and beginning of 2021.

The second issue is also interesting. Investors remember how actively stock indices grew after Donald Trump was elected President in 2016. So, what would happen after the 2020 elections? The answer is ambiguous. On the one hand, the markets do like Trump for his big capital support and fiscal loosening. On the other hand, he is a pain in the neck due to endless trade wars and unpredictable policy. 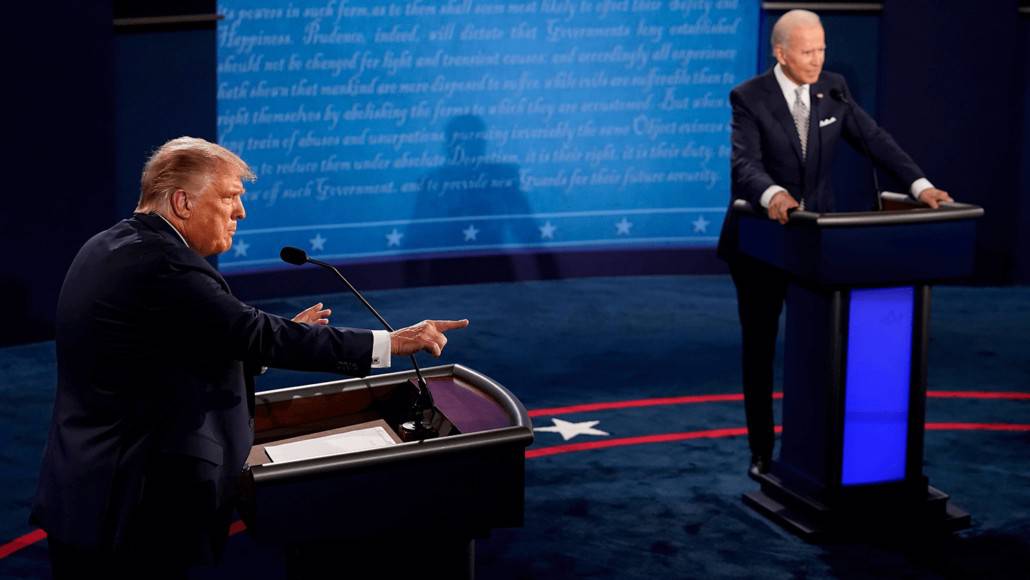 On the contrary, Joe Biden, as expected, will increase taxation load on big capital, which is not good for stocks. However, he is a more ‘mature’ and predictable leader, under whom, perhaps, relations will become better with China, European Union and Iran but worse with Russia.

On Friday morning, the information space was blown up by the news that 74-year old President Donald Trump got a coronavirus infection and went into self-isolation. As of Friday morning, October 2, American index futures responded with a fall by around 1.5-2%. 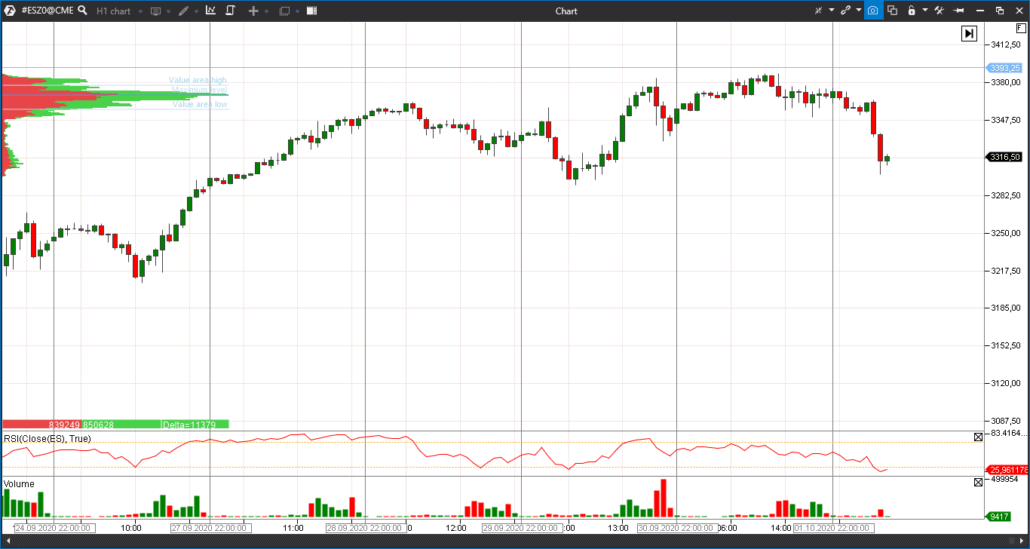 The Trump infection confused the already complex political situation in the United States even more. Due to the fact that the American President is rather old, the course of the disease may deprive him of chances for reelection.

Moody’s and JPMorgan made forecasts for the future

The leading analytical centers are, in general, optimistic with respect to the future of the American and world economy. However, the risks are still high.

Thus, analysts of the largest investment bank – JPMorgan Chase – expect a growth of uncertainty due to elections in the US. Besides, the trend for gradual weakening of the dollar in a wide corridor will be preserved. 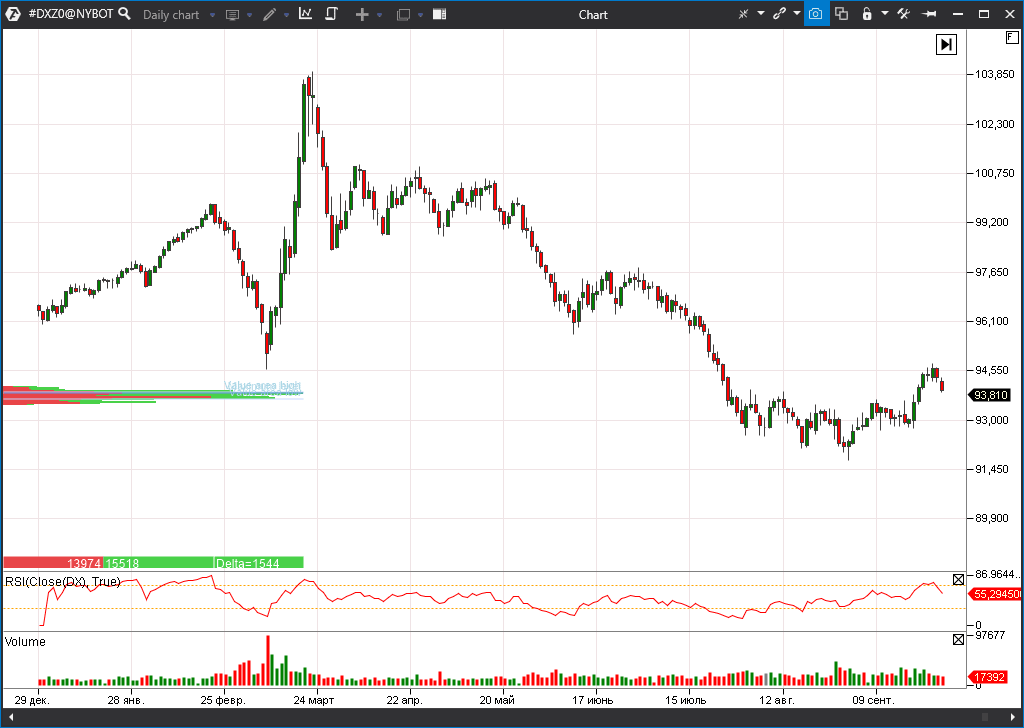 The continuing ‘printing press’ policy on behalf of the central banks would allow avoiding significant debt crises and market stresses. Nevertheless, experts recommend diversifying the portfolio of value stocks with bonds, the yield of which would gradually grow.

Analysts of the Moody’s rating agency believe that a number of the world economy branches would recover worse than average values. They speak about the automobile industry, tourism, avia transportation and hotel business. It doesn’t make sense to be in a hurry to invest into these sectors, since the vaccine is expected in 2021 only, which means that the world would continue to face quarantine fears and restrictions.

We already wrote about the hottest IPO of the beginning of the autumn, in one of which the legendary Warren Buffett invested himself. Meanwhile Wall Street Journal writes that companies already raised USD 95 billion in 2020, which is very close to the 21st century record. More capital raising is planned until the end of the year. 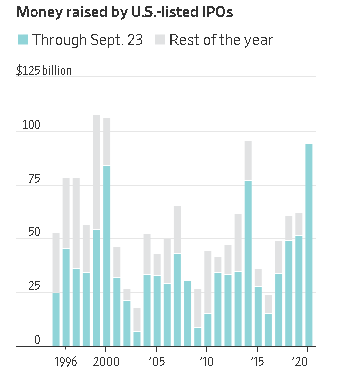 IPO success is connected with abundance of free capital. Thus, the average growth of companies on the first trading day is 24%, which could be compared with the dotcom boom in 2020.

At the same time, the IPO procedure simplification trend is observed in the market. Thus, the first stock trading day of a big software developer Palantir (PLTR) was on October 1 and the stock immediately grew by 50%. The chart moved into a flat the next trading day.

A specific feature of this IPO was that the offering took place directly on the exchange without preliminary rounds. This scheme looks more transparent and allows avoiding a multitude of ‘scrounges’ who buy stocks with a discount on initial rounds.

Kelly formula. Calculating the optimal capital size in a trade.
Scroll to top -->
XThis site uses cookies. By continuing to browse the site, you are agreeing to our use of cookies.Cookie Settings Read MoreReject AllAccept
Manage consent