You are here: Home1 / Crypto Trading2 / What People Do With Bitcoins

What People Do With Bitcoins

The number of possible bitcoins is limited with 21 million. As of the beginning of summer 2020, nearly 90% of coins had been mined and only a little bit more than 2 million left.

What do you think how they are used? Maybe for making deposits into gambling machines, buying pizza, snacks, beverages or something stronger (the picture below displays a machine for selling products made of medical marijuana, which supports bitcoin payment)? 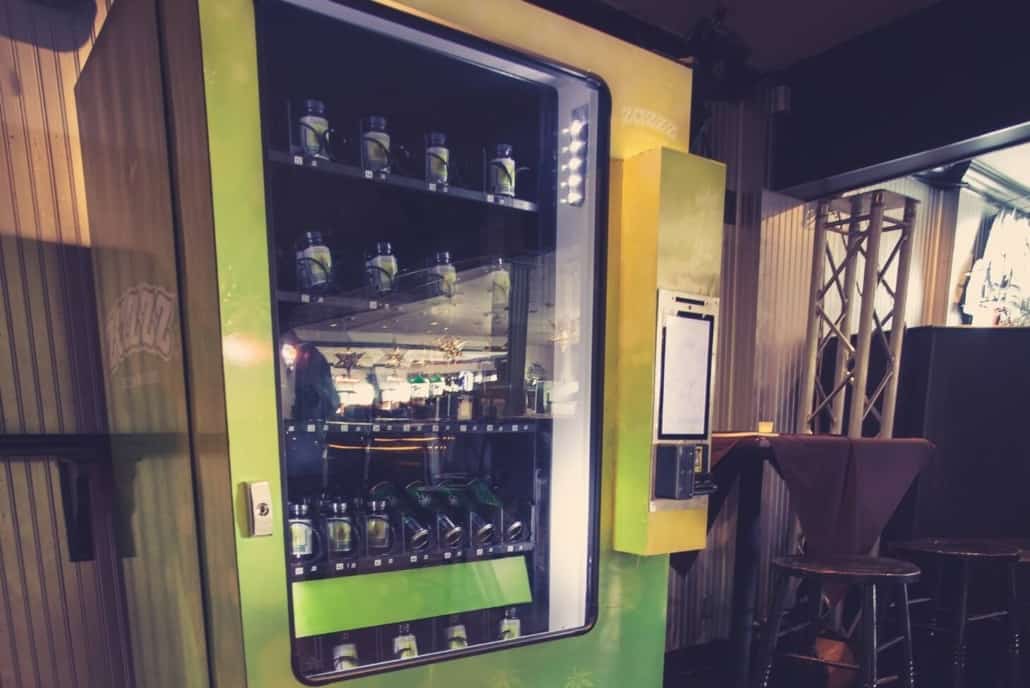 Yes, all these things are possible. However, it is hardly the main direction for using bitcoins. Then which one is?

An established analytical company Chainalysis tried to answer this question. Its specialists analyse networks built on blockchain and provide the obtained data to government agencies, cryptocurrency exchanges and financial establishments in 40 countries.

Chainalysis analysts conducted a global research of the bitcoin chain. What did they find out?

And also how to use the trading and analytical ATAS platform for connecting to cryptocurrency exchanges and making money on cryptocurrencies.

How bitcoins are used

The blockchain network has an important property. It could be described as ‘transparency’, ‘openness’ and ‘accessibility’. It was planned initially in the network design to make it safe and bring the probability of hacking down to the minimum (we should note that theoretically such a probability exists).

Due to this property of the network, it is impossible to conduct its large-scale and independent research to draw conclusions how bitcoins are used by their owners by specific features of transactions.

Namely this is what the Chainalysis specialists did. It turned out in the result that:

About 11.4 million of coins are used as an investment instrument. In other words, owners of about 60% of mined bitcoins hold them for a long period of time. These private or legal persons never sold more than 25% of their assets but accumulated them systematically.

It resembles how gold is used, which is an instrument for long-term investments. By the way, we already wrote about the similarity of gold and bitcoins in our article about corona-crisis and halving.

Winklevoss twins, Mike Novogratz and, since recently, Robert Kiyosaki belong to well-known investors who do not want to part with their bitcoins. The same is true about the legendary Satoshi Nakamoto who owns, according to different estimates, from BTC 700 thousand to BTC 1 million.

About 3.7 million of bitcoins could be considered lost. Analysts made this conclusion when they assessed information about wallets and fund movement in them. Most probably, the wallet owners do not have access to their wallets for various reasons. If so, the lost amount is USD 30 billion at the current exchange rate of USD 9 thousand per BTC.

What is interesting – about a half of bitcoins were considered to be lost in 2010. Perhaps, coin owners didn’t value them much in those ‘pre-crypto-boom’ times. However, the number of lost ones stabilised in time, since BTC persuaded the world in its value.

About 3.5 million coins are actively traded on exchanges. This is because namely this number of bitcoins circulates in the wallets connected with cryptocurrency exchanges.

It turns out that the main purpose of bitcoins is the means of investment. It could be assumed for a good reason that not less than 60% out of 2.4 million to be mined yet would also be used for achieving long-term investment goals.

Readers of the trading and analytical ATAS platform blog, perhaps, are more interested specifically in such a bitcoin application as a trading asset. That is why we will consider data on this subject further on.

How many people trade 3.5 million bitcoins?

According to analysts, more than 5 million people visit web-sites with bitcoin exchange functions (in fact, cryptocurrency exchanges) a week, but the blockchain data show that maximum 340,000 people (or robots) are active bitcoin traders who execute trades every week.

It is obvious that it is not possible to identify individual traders, however, they could be split in 2 categories depending on the capital size, which they send to exchanges: retail and professional. 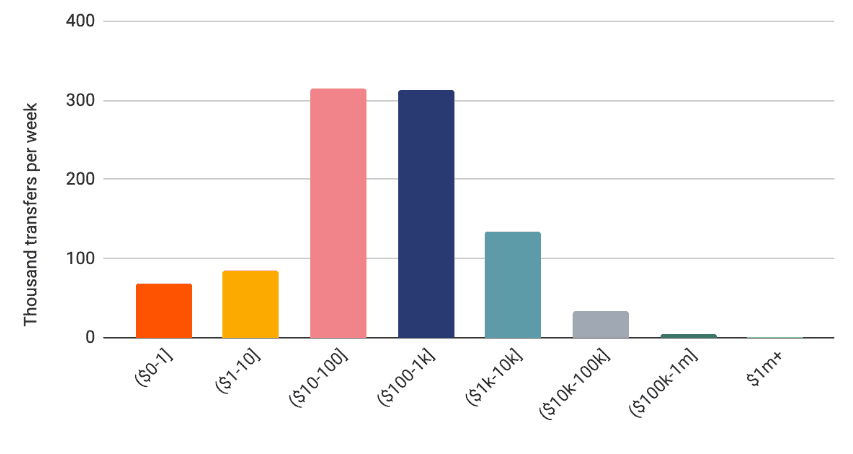 Retail traders are those who deposit cryptocurrencies of less than USD 10,000 equivalent at a time. They constitute an overwhelming majority or rather they make 96% of all deposits, which are sent to the exchange accounts every week.

The other 4% are market professionals, which are respectfully called ‘crypto whales’. These major players are responsible for 80% of the trading volume on cryptocurrency exchanges.

What exchanges trade bitcoins more than others?

On an average, BTC 1.8 million are traded in the network during one week in 2020. Most actively transactions take place directly between exchanges.

What cryptocurrency exchanges are selected by traders for BTC trading?

As you can see in the picture above, about 40% of bitcoins, which are used for trading, are transferred to one of the four biggest exchanges:

By the way, you can connect for trading to 3 out of these 4 exchanges through the ATAS platform. In general, 10 connectors are available now and their number will increase in the future. 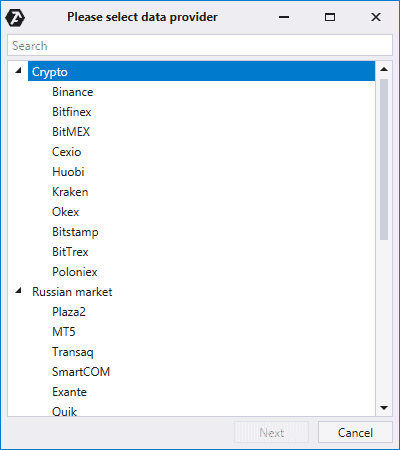 Why to use ATAS for trading cryptocurrencies

Let’s assume you decided to join 340,000 people who actively use bitcoins for trading. Is it possible to make money?

You need a competitive advantage for trading if you want to make profit.

Try ATAS. Here’s (in the picture below) a simple cluster chart (or Footprint), built on the data from Bitfinex.

While the majority of traders use candlestick analysis or classical indicators, the ATAS software allows seeing more. It reflects activity in the form of clusters for convenient analysis and understanding of what’s going on. 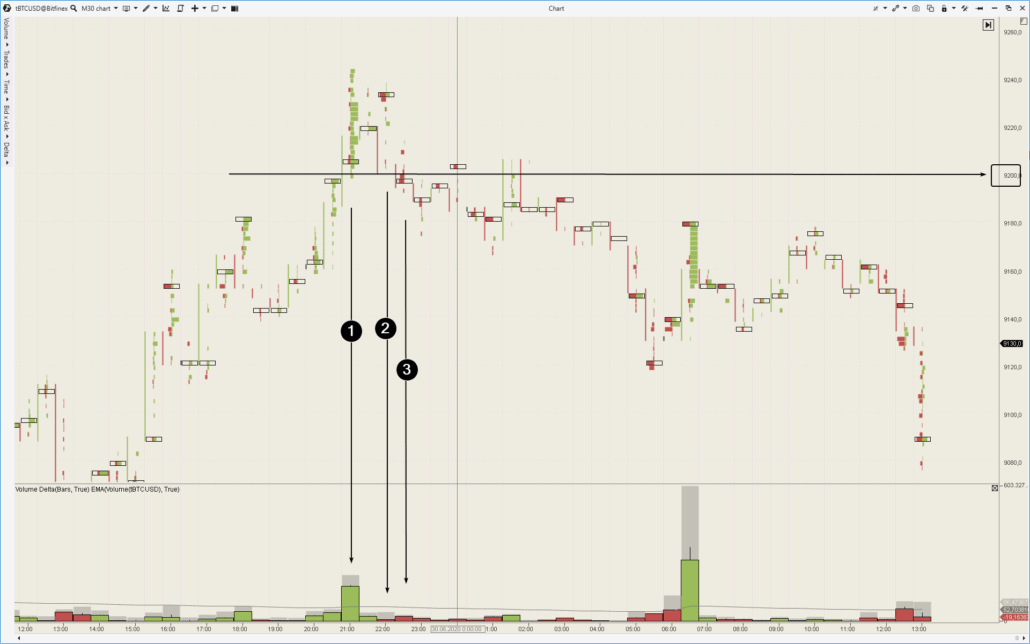 Pay attention to the 9200 level. It is a round level, which often uncovers the real market mood. The same happened at the moment, which is marked with numbers in the chart.

Thus, when we look at coloured clusters, we form the following interpretation in our minds:

Most probably, buys in bar 1 were a cascade activation of sellers’ stop losses (‘hidden’ behind the ‘reliable’ level of 9200), joined by emotional buyers who act ‘on a breakout’. Neither of the sides reflects the real power in the market, which is capable of pushing the quotation higher. Consequently, it would have been more reasonable to wait for price reduction.

And this is what happened the next day… 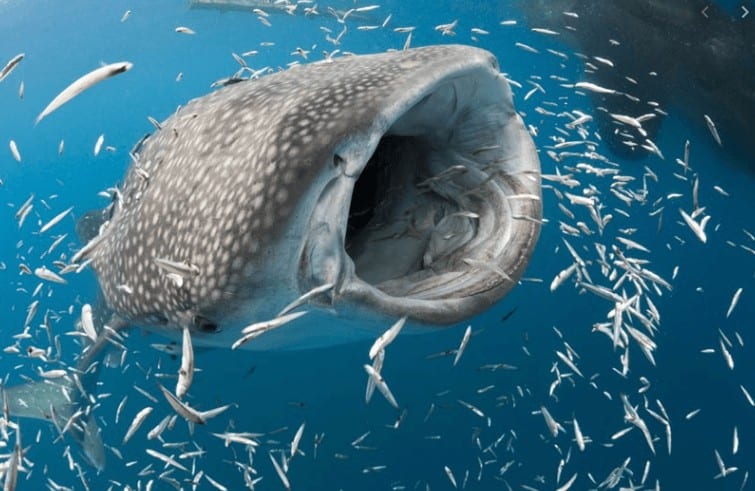 Activity and volumes of the cryptocurrency market cannot be compared to the similar indicators of the stock and futures markets. However, if you select a popular instrument for trading (for example, BTC/USD) in the leading cryptocurrency exchange, you will get sufficient liquidity and volatility both for active intraday trading and for more regular position holding.

The most important is the ability to read the market character and assess balances of buyers and sellers. Instruments of the trading and analytical ATAS platform will help you in it.

What is important! After the 14-day testing period expires, you will still be able to continue using all ATAS functions for trading cryptocurrencies.

May the trend always go with you!

5 simple and working reversal patterns
Scroll to top -->
XThis site uses cookies. By continuing to browse the site, you are agreeing to our use of cookies.Cookie Settings Read MoreReject AllAccept
Manage consent